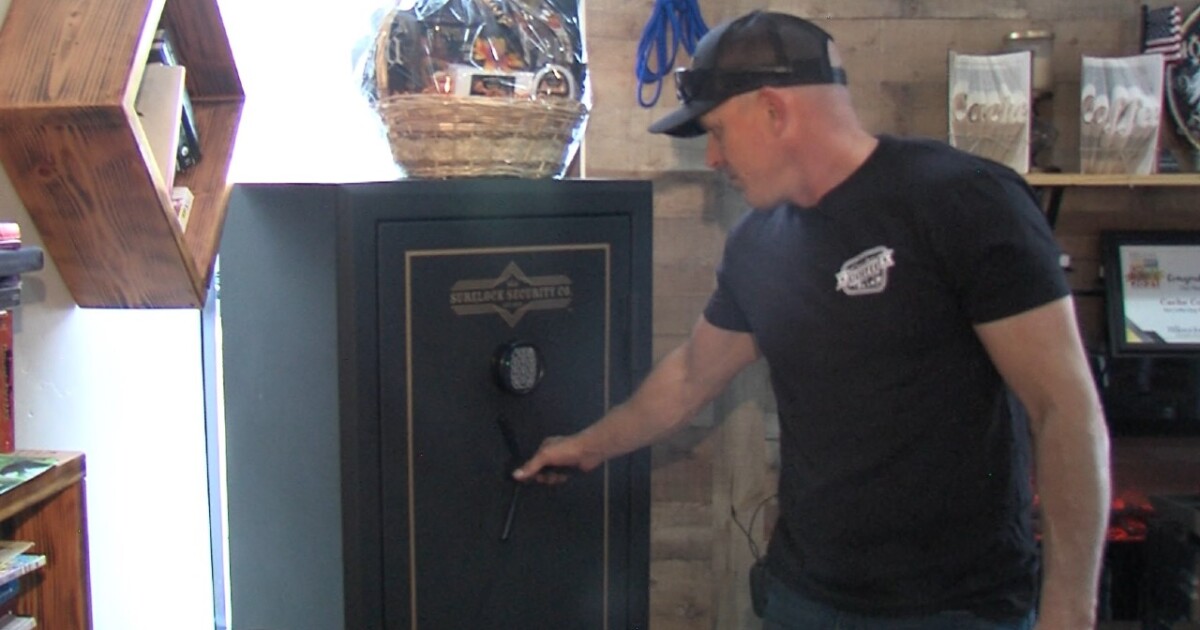 LOGAN, Utah – A study by the Utah Suicide Prevention Coalition shows that an average of 640 Utahns die by suicide each year, but a Cache Valley company is trying to do its part to slow the pace.

A safe full of guns is not where you might think. This is not a gun store or a police station, but a Logan cafe.

“He had this idea to do this so that people didn’t feel like there was no other option to end your life or go to jail and lose your guns for the rest of your life, ”said Mindie Buttars, owner of Cache. Coffee and more with her husband Jamie.

The Buttars say they will keep any weapon in the safe for those going through a mental or suicidal crisis. They say the reason they got the safe is emotional because they lost their own friend to suicide.

“You never would have thought that something was wrong,” Jamie said.

“I know if it had been available then it would be here today,” Mindie added.

Mindie and Jamie say that every pin in a case at the store represents a person and their stories. They say these stories are the reason they do what they do.

“This safe is available to anyone who walks through this door and needs it,” Mindie said.

With each customer entering and the walls decorated with each person’s life story tokens, the Buttars say they hope their store reminds people that they are loved.

“There are so many people out there who want to help others that there’s no reason not to take advantage of it,” Jamie said.

“It hurts a lot, it hurts a lot of people and we miss them when they’re gone,” Mindie said.