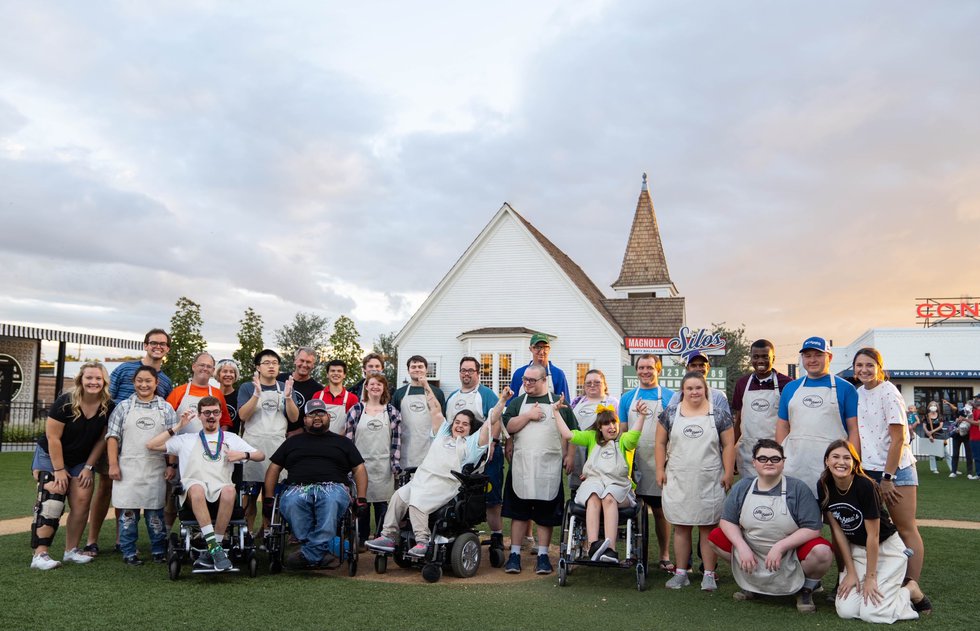 WACO, Texas (KWTX) – Nearly two dozen Central Texans with special needs who thought they were going to Magnolia Silos for a game of whiffle ball were rather surprised to learn that they had been hired as employees at Café Bitty and Beau’s in Waco, a store that employs people with intellectual and developmental disabilities.

The 23 new employees learned the news Monday night during a special event at the Katy Ballpark in downtown Waco.

“They thought they were coming for a whiffle ball tournament at Magnolia Silos but, really, all of their friends and family came over to surprise them and join us in congratulating them with a new job,” said Meghan Young, the program director of Bitty & Beau’s head office.

The cafe, created by Amy and Ben Wright of Wilmington, North Carolina, in 2016, was inspired by their children, Bitty, 11, and Beau, 16, both with Down syndrome.

Since then, the Wrights have opened nine cafes in five states, mostly on the East Coast. They decided to spread their wings to Waco because of its community atmosphere and its popularity around the world as a tourist destination.

The Wrights hosted a career fair in early August at the Hilton in downtown Waco where 42 people with disabilities applied.

Families and caregivers of those chosen were in the know, but were asked not to tell them they had been hired.

They told their loved ones they were going to play baseball. Instead of bats and balls, the new hires were greeted with signs, balls and lots of cheers and hugs.

Chris Barrington, 32, is autistic and had never been interviewed before Bitty & Beau’s. He was shocked to learn he had a new job.

Another was Tanner Underwood, 23. Tanner was a 13-year-old Lorena eighth-grader when her mother’s car pulled up in the back in 2012 on Interstate 35 near the Waco roundabout.

He suffered a severe head trauma. Tanner has worked extremely hard in therapy to get to where he is today, and Bitty & Beau’s will be his first job.

“This job is an opportunity to prove my worth,” Tanner said. “It makes me feel included. “

Bitty & Beau’s in Waco is located at 110 Franklin Ave. They hope to open their doors in the coming weeks.