Green Coffee Beanxs DISCOVER THE ART OF PUBLISHING
Home Coffee making A latte, please! Planting the seeds of inspiration for the visually impaired 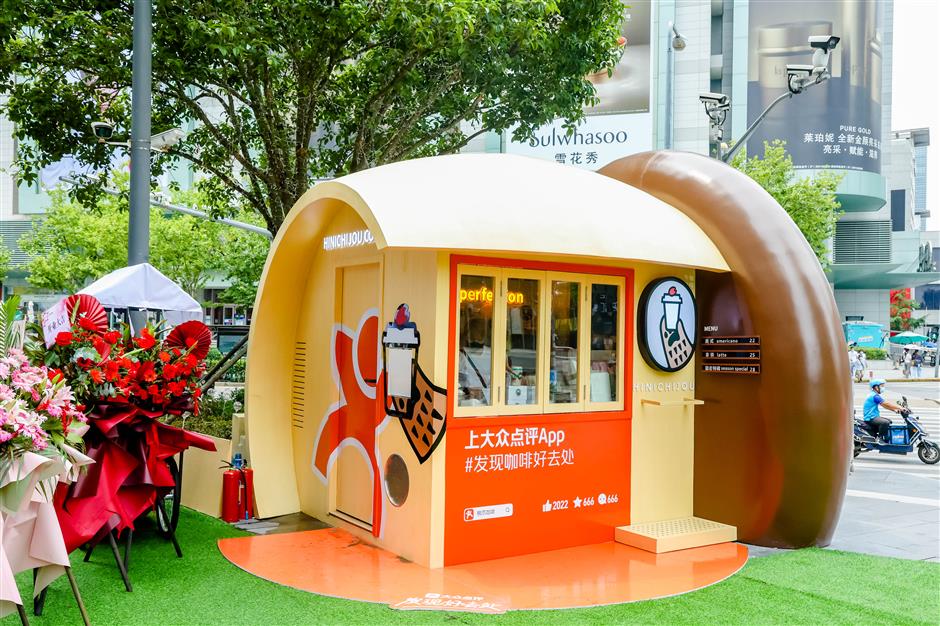 Barista Yin Tianbao has never really seen a cup of coffee. Born visually impaired, he can’t discern colors or textures, but he can make an awesome latte or Americano.

Tianbao has now become the first visually impaired person to operate a coffee kiosk under the Hinichijou, or Bear-Paw, coffee chain, which has so far mainly focused on helping the hearing impaired.

His new cafe, called Seed of Inspiration, is located in Times Square in Shanghai’s Lujiazui financial district, on the east bank of the Huangpu River.

Tianbao, 23, will be the barista, manager and 10% shareholder. In a few weeks, his twin brother Yin Tianyou, also born visually impaired, will join him.

“I feel a bit conflicted,” Tianbao said. “I got so much help, including training and investment from Hinichijou, so I want the business to succeed, but, on the other hand, I’m worried about whether I can handle it well. significant flow of customers.” 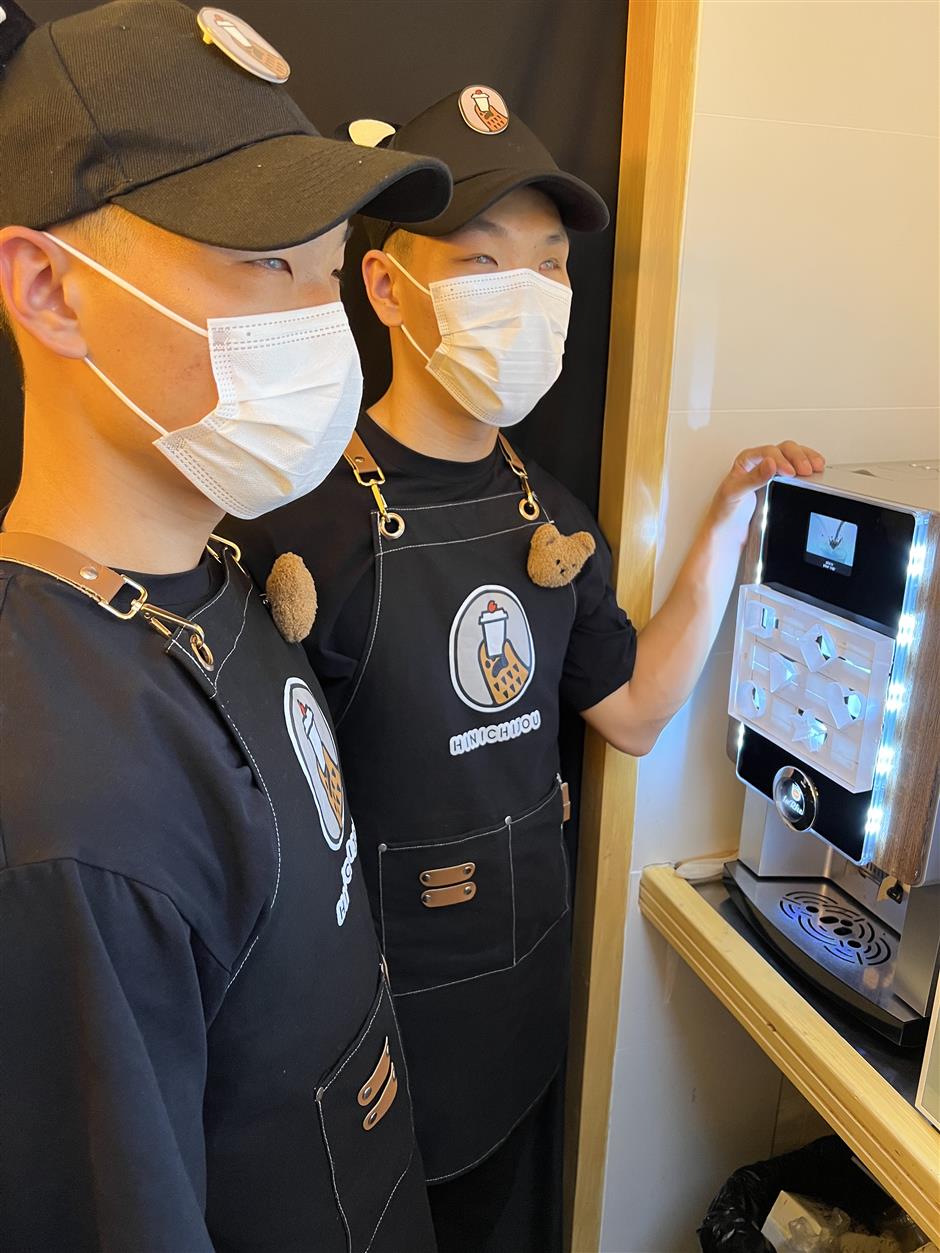 Visually impaired Yin Tianbao (left) and his twin brother Yin Tianyou will run Seed of Inspiration, a new outlet for the Hinichijou coffee chain, or Bear-Paw.

The kiosk looks unremarkable from the outside. It doesn’t follow Hinichijou’s usual style of serving drinks with a “bear claw” through a hole in the wall. On the contrary, customers will come face to face with Tianbao.

The interior of the kiosk was specially designed for Tianbao’s disability. Its work area is a bit smaller than usual, so front and back counters are within easy reach.

The counters are divided into six areas with different materials around the edges. For example, there is a stainless steel segment with a groove in the body area. An area with a wooden ledge identifies the location of the coffee machine and the milk frother. An area with a rubber edge and no grooves is where the coffee beans are kept.

“I have a very good idea of ​​what’s going on here,” Tianbao said, “so I’m not mistaken even during peak times.”

The automated coffee machine from the Italian brand Rhea has a special panel on the control panel, with different shapes of holes indicating different buttons. Tianbao just has to feel the holes to find the right buttons – a square for espresso, a circle for double espresso, a triangle for hot Americano, a diamond for room temperature Americano, a star for hot water and a core for room temperature water.

“Most machines used in cafes are semi-automatic because the coffee they make is better,” said Wang Tian, ​​co-founder of Hinichijou. “But a semi-automatic machine would be a danger for Tianbao because he can’t see if a cup is full and could burn his fingers. Fortunately, Rhea makes a machine that balances both taste and need without barriers.” 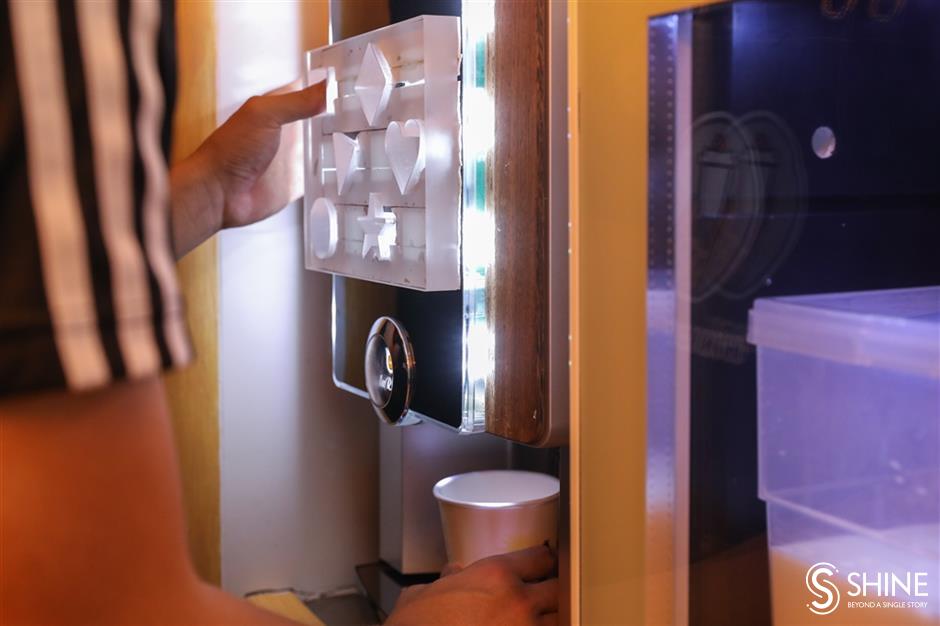 The automated coffee machine designed for Tianbao has a special board above the control panel, with different shapes indicating different buttons.

Rhea, whose product line includes coffee machines for people with disabilities, told the Shanghai Daily it was the first time the company had made a machine for a visually impaired barista.

“The principle is the same: always think of the user,” says Claudio Valdetara, Marketing Director of Rhea Vendors Group. “In this specific case, it’s the blind barista. We thought about that early and midway through the design process, then went back and decided what technology solutions could be applied.”

He added, “What led us to create our machine for Tianbao was to put ourselves in his shoes. The design process involved careful attention to the user experience, followed by the selection of a technology easy to use – in this case a special panel.”

Before beginning his training with Hinichijou last November, Tianbao worked as a spice taster. He was first trained to become a massage therapist – a common profession for the blind and visually impaired in China. The chance to become a barista opened up a whole new life for him.

According to Wang, this is a first of sorts.

“There was no precedent for visually impaired baristas in the country,” Wang said. “So we set up a simulation workshop and covered our own eyes to see if and how it could work. As our trials improved, we invited Tianbao to become a trainee.” 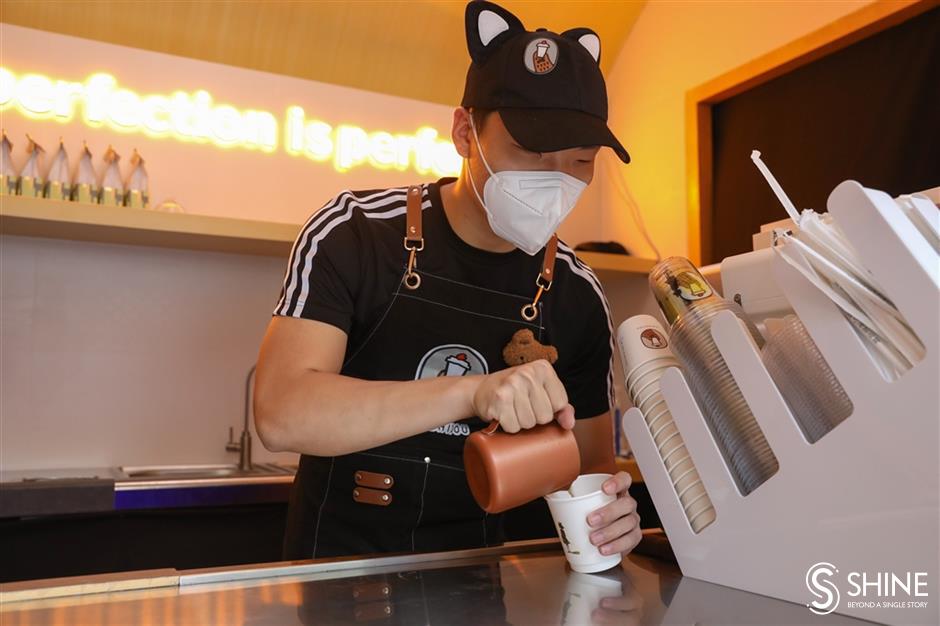 The hardest part of the training was the art of latte coffee.

“Latte is very tricky because I’ll never know if I understood correctly or not,” Tianbao said. “My advisor had to stay with me the whole time during the practice, until I developed the movements of the right hand. To some extent, the practice was more difficult for my advisor than for me.”

Repetition, repetition. It was tedious, but Tianbao did not give up. However, just when he mastered the ability to draw a heart on the latte foam, Shanghai entered lockdown and the practice stopped.

Two months later, when the lockdown ended, Tianbao was devastated to find that he had lost some of his prowess.

“But my advisers encouraged me to start over,” he said. “They told me they wouldn’t give up until I did.”

Tianbao gradually recovered his expertise, but admitted that it was still not perfect every time. He is working on it. 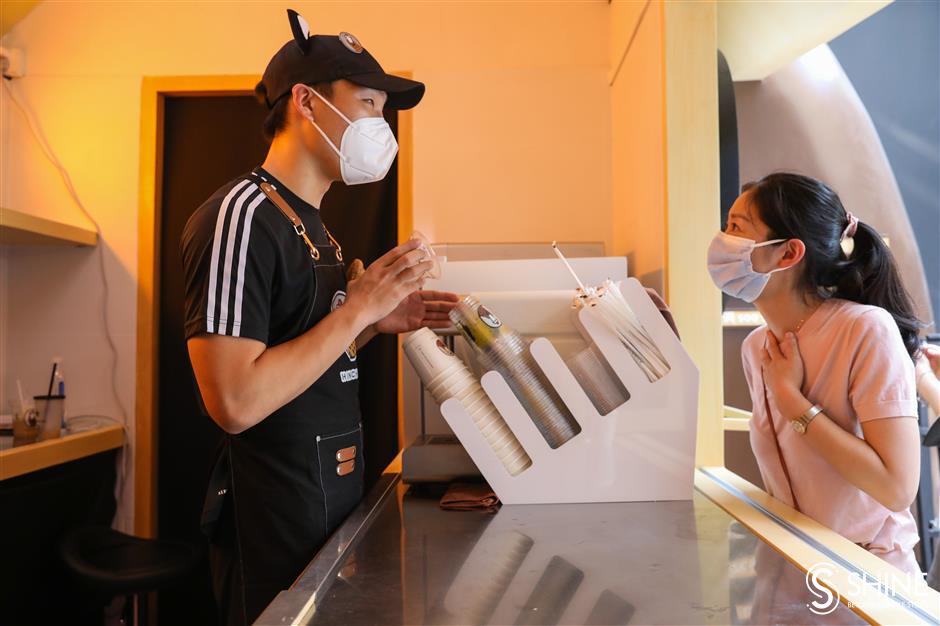 In addition to making coffee, Tianbao had to learn other kiosk management skills, such as using an emergency electricity button or escaping if an emergency arose.

Hinichijou staff will be alongside Tianbao for the first two weeks of operation. After that, they will stay in touch through remote answering calls. In the event of an accident, such as a spoiled coffee or equipment failure, the staff will immediately come to your aid.

“We also received great support from Times Square, where security guards will keep tabs on Tianbao,” Wang said. “Like our other outlets, we often get help from malls and other places – like free rent. Seed of Inspiration is no exception.”

Wang said he hopes the new kiosk will become a model that can be copied and promoted for the visually impaired.

“At the moment, I don’t think about the future at all,” he said. “I believe you can only find a future after taking the first step. Now I’m just thinking about what I can do with the coffee. Ask me again in a month, and maybe I’ll have something again to say.”